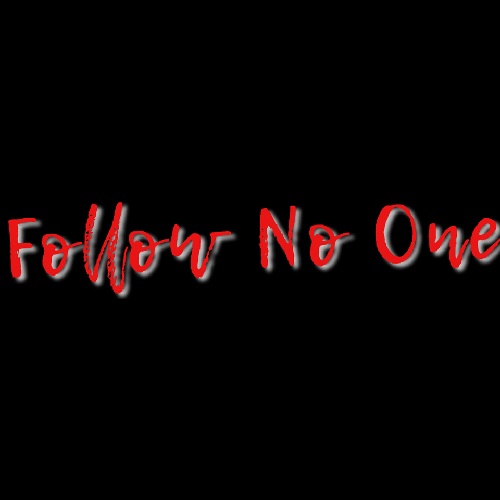 A powerful force of rock excellence is expressed on the killer new track “Fear No Evil” by Follow No One, these hell’s angels unleash a compelling groove that paints the tragic battle of Life vs. Death. It’s the hard-hitting kind of “bite the bullet” philosophical truth that’s sure to captivate any thinking, rational human. The Rock Gods surely smile upon Follow No One, & not just for their impressive cohesion of traditional & modern sound, but for their bold approach to rhythm & for their call to action that only the bold, rhythmic quality of hard metal can provide.

Follow No One is the Brainchild of The Last Rich Hall & Pedro Murino Almeida.

These guys are fearlessly confident in their cold, undeniably classical approach to shredding. Volcanoes erupt upon land & tsunamis crash along the earth’s shoreline, Follow No One creatively rage’s loudly into the great abysses.

The band interweaves, & with an impeccable flare, a rare blend of techniques spanning across the rock spectrum. “Fear No Evil” is a radically original new groove, part of the otherworldly soundtrack of our strange new dimension. Catch yourself speeding down the highway, miles over the speed limit, the terrifying highway of Life, on the fiery new track “Fear No Evil.”

MuzicNotez Admin
fear no evil follow no one rock