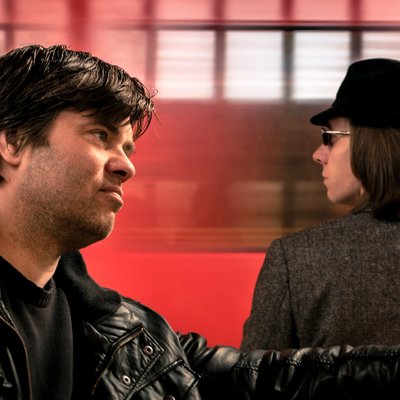 Sometimes, a band forms without as much as a single hiccup. Other times, it takes some trial and error to get things rolling. The latter is what happened with Tommi Tikka and Antti Autio’s pop-rock band, The Impersonators. A former member of Finland’s now defunct Carmen Gray, Tikka was looking to start a band on his terms. Scouting musicians for his songs was difficult to the point that he opted to take on all the instruments himself. Autio, his cohort, would do the lyrics
On “Burning Blue” Tikka and Autio offer a heartfelt composition that holds up well with their ambition to recall the pop-rock of the sixties. A powerful voice sings of love that seems to have been lost. “It was us against the world. Baby, nothing seemed to hurt.” The pain in his voice indicates that the pain is deepened through the loss of such a good thing. A cathartic guitar solo adds further passion to the song. Regardless of their name, The Impersonators are certainly the real thing.

This review was written by Brody Kenny. Follow him on Twitter @Broderick_Kenny
The most popular MuzicNotez Magazine posts each week are awarded as our “Pick Of The Week“. Help this feature win by sharing it around.