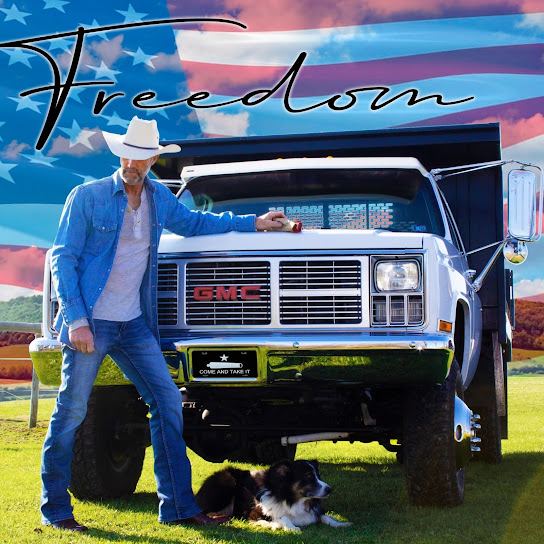 Patrick Cole latest release is the country album ‘Freedom’. Cole came from a small town in Pennsylvania, but now the singer and songwriter has made his way to Nashville. He has an iconic sort of country artist story. He’s a hard working brick layer for his day job, but all the while he’s working days, he’s thinking up and writing songs to sing at night. Any good country song has a backbone in reality, which Patrick has mastered for sure. This is why Cole has won so many competitions with his music.

The new country album by Patrick Cole is ‘Freedom’, we can’t think of a more American title for an album. This album was released through Nashville label AOK Records. There are 10 new original tracks in this album. The title track ‘Freedom’ also was released with a music video. This track is basically a love anthem for America. Cole said that he dedicated the album to the “Brave men and women of the armed services” which we think is perfect. He also works with numerous charities to help wounded veterans.

The album is great throughout, with a variety of different songs, that are all sung brilliantly with his iconic deep country voice. The songwriting is really impressive, and the songs are performed flawlessly. We love this album from start to finish, and we hope you will too! Enjoy below via YouTube.