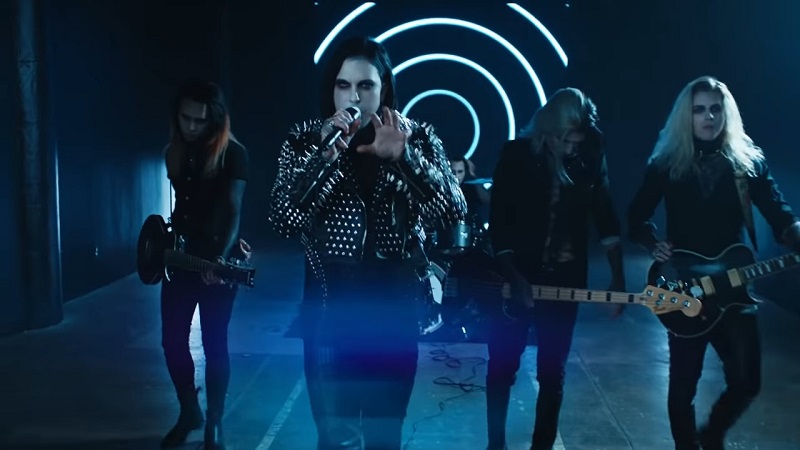 Michael Vampire & his Rock lords, Vampires Everywhere! Have a new single righteously titled “Sudden Death.” The unforgettable track wreaks havoc on the lifeless world we all face, as never before has musical composition captured the picture of strength it takes to face death herself. The single precedes a major tour throughout the United States bound to inspire by pure flame. The energy conjured by the vamp’s is one we desperately need in todays America, an echo of exactly what it means to stand up for oneself and in the face of ultimate desperation.

Ahh, the necessity of such a genre couldn’t be overstated as death lurks closer than it ever has, rather it be the touch of a woman, or the countless shapes demons take in this, Our 21st century. The video was shot in cinematic Hollywood California and serves to both inspire and shed light on the nature of a Darker world, one filled with rage, passion, violence, & lust.

The raging track is widely well received and released through Dark Kingdom records. Not unlike a good cup of coffee, this strange brew has notes of caramel, poetry, sex appeal, the hero’s journey, & the ability to wake you the hell up. There is no sound but the closure of the shadow of the sun setting on us all, a shadow that Vampires Everywhere face head on, and into the night bearing nothing but the skulls of the enemies they defeat. Catch these fine gentlemen on tour kicking ass in 2022 throughout the USA or find them on your favorite streaming service and be sure catch the new classic video for “Sudden Death” available on youtube.