"Famous", by Alex Hager: The Best Has Definitely Come!

Most people who have an account on Twitter, Instagram, YouTube or SoundCloud have that one “secret” dream… You know, suddenly post something beloved by an audience that ignites the sparks of virility and launches them to riches and acclaim. I’ll admit it, I’ve had that dream, just as many other people have. Alex Hager’s new release, “Famous”, captures that longing to make it big in so many of us with inspired lyrics and a catchy melody that you’d think you were listening to the deepest desires of your own heart! 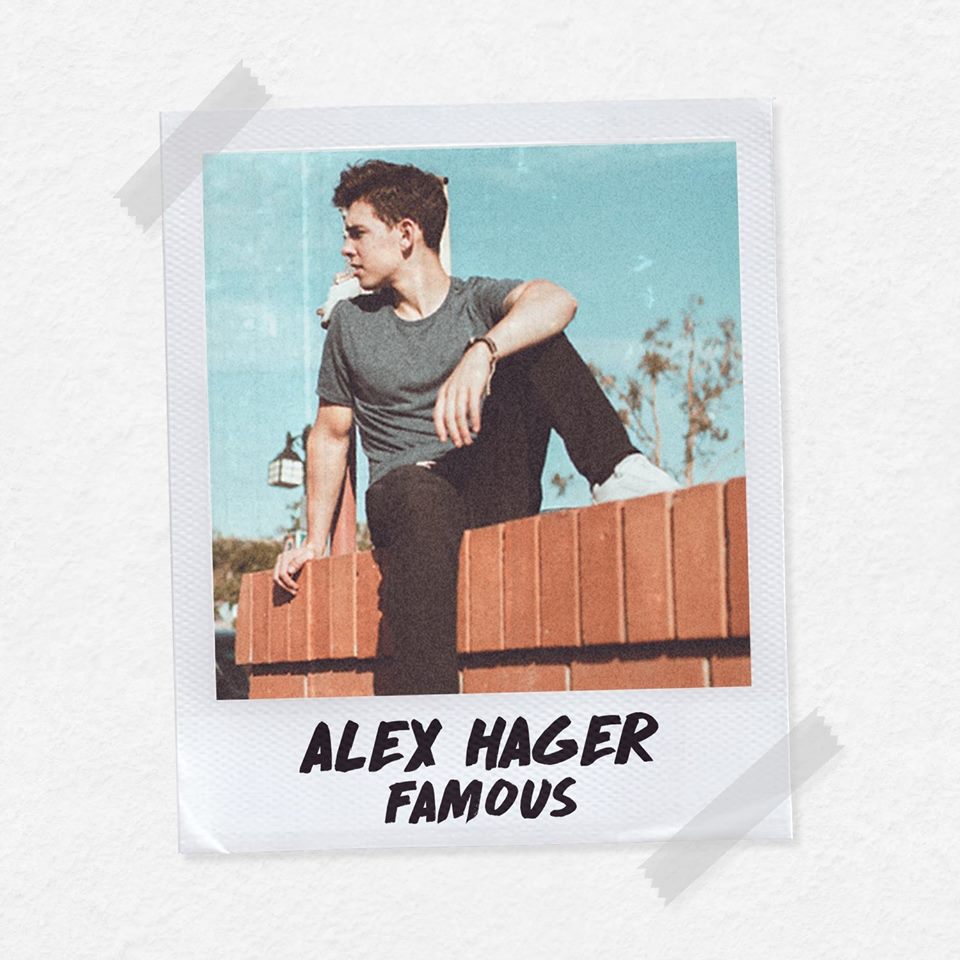 I had high hopes going into the song, as any fan of an artist would, but after listening to it I can only feel like Alex Hager himself looked directly at them and said, “That seems alright, but watch me do it better”. Every time the song ended, my hands reached for that replay button as though I had been struck by a fever and the only prescription was the phenomenal track I could not get enough of! So much was done flawlessly on this track; an intro reminiscent of Video Killed The Radio Star as covered by the band The Presidents of The United States of America, a strong follow-up in the opening lyrics that pays a subtle homage to the stylistic influences of Blink-182?s Mark Hoppus, and a chorus you’ll lament ending every time you hear it. I found myself wondering how Alex Hager would follow-up the success of “Drive Me Crazy” after I fell in love with the piece, and “Famous” did not disappoint! The song truly astonished his fans as they cleaned their minds off the walls once Alex Hager finished blowing them away with his hit!
Upon listening to “Famous”, you’ll find the lyrics possess a good deal of profound juxtapositions between the fifteen minutes we crave through social media and how within the norm it actually is to strive to break from it. With the opening lyrics, Hager brings voice to what so many millenials feel today. The truth is that it isn’t death or age we fear, it’s not living beyond the mundane lives we perceive from those who came before. We cover ourselves in status symbols such as Armani clothing and accessories as we display ourselves on social media as someone truly outstanding irrespective of our “I woke up like this” selfies that take hours of prep. The truth is, the song is a nod to the dreams within ten of thousands of people today and the lengths we go to see them realized.
“Famous” stands as a song many can relate to: whether it’s the aspirations of greatness, the value we wish to be perceived with on Instagram or Twitter, or even just that wish to not only be accepted, but celebrated by most for we are and every way we’re unique. Alex Hager launched into the Indie scene with an amazingly unique song in “Drive Me Crazy”, the music video reaching to the viewer with connections to their own memories of days past, and “Famous” has caught that fire by reaching to us through our own desire for acclaim!

Article written by MuzicNotez writer @KWCroushore & on Instagram @KW.Croushore
Follow his favorite new music on Soundcloud
The most popular MuzicNotez Magazine posts each week are awarded as our “Pick Of The Week“. Help this feature win by sharing it around.