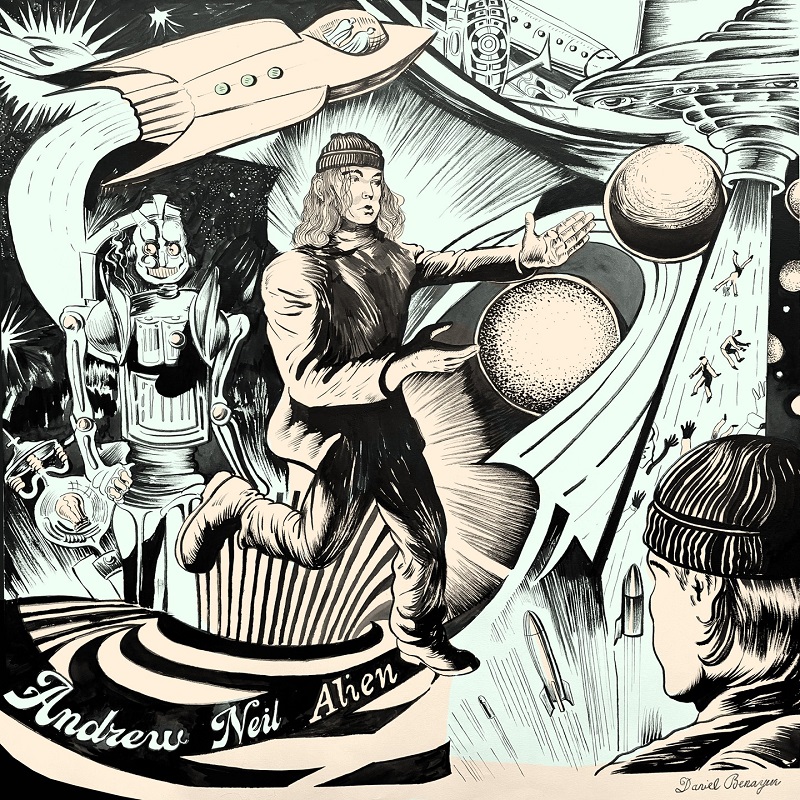 Andrew Neil Maternick, professionally known as just Andrew Neil, has released a new album entitled ‘Alien’. Andrew has a very inspiring story of perseverance to get to this point. He had a very bright future starting out, from being recruited as an athlete to time at West Point. But then it all changed when he had a car accident and suffered a severe head injury from it. This intensified various mental health issues, which changed his life forever. Then he found his real calling, music.

It’s always amazing to hear more stories of the power of music. It has the power to heal and inspire, this is certainly the case for Andrew Neil. He began to teach himself how to play the keyboard, then guitar and immediately began writing songs. Being completely self taught, he has created a unique and original sound all his own. The road for Neil continued to be bumpy, including time in jail, various hospitals and even cancer. But with music, he continued to move forward through the ups and downs.

Now, Andrew’s new album is his sixth full length release. The album includes nine original tracks, all written and performed by Andrew. The album is recorded live at his home studio in Virginia then produced by Andy Waldeck. This album is a very unique and special release. We love his raw, acoustic, alternative rock sound and really dig how original he is. Listen to ‘Alien’ via Spotify below and stay tuned for his next album ‘In The Country’ which will be an Alt-Country album.