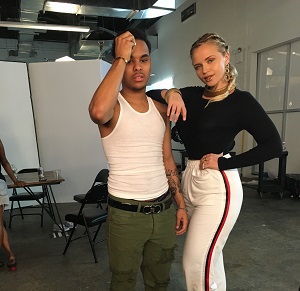 The Brooklyn, New York rap artist Rico Band$$, aka Rico Band Double Dollar, is only 18 years old, and has an extremely bright future! He’s been incredibly active releasing new music, all of which is produced with a high level of excellence. Through Pypen Hottt Entertainment, the production value behind his recordings, and music videos are clearly evident.
Rico Band$$ has been highly motivated, constantly performing in night clubs around the NYC area and putting on electric shows. His debut EP ‘The Naiche Project’ is set to drop in March of 2018, and if the video below for ‘Bling Bling’ is any inclination, you know it’s gonna be good!