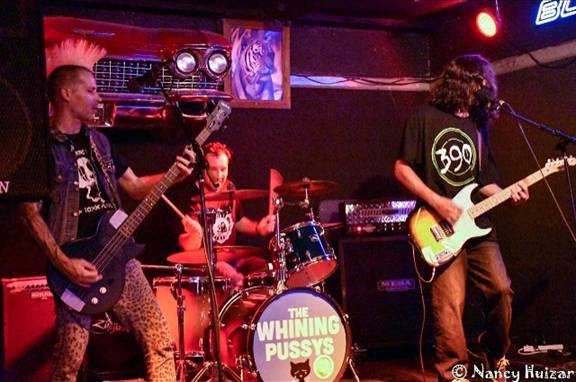 The California punk rock band The Whining Pussys have been featured in our magazine before with the track ‘Wasted’. Now they’ve released an original track showing more of their sense of humor, and angst with social media these days. The track is called ‘Facebook is a Asshole’, it doesn’t take a whole lot of explaining for you to figure out the content of this song, but we all can relate to where the concept was derived from. While we all use Facebook and other social media sites to connect with friends and promote things, we all know others that go too far and post a lot of useless stuff that we don’t care about. Well, the Whining Pussys are finally taking a stand against this!
On top of the hilarious, satiracle backbone of this song, the actual instrumentals and vocals are great as always! The band continually tours around too, and with all the energy put in to their music, you just know they put on an amazing live show.