Harmony Dreamers Single ‘I Am From Earth’

Music can be anything, your only limit as an artist is your own creativity. For many performers, this liberating, freeform feeling of self expression is what draws them to the medium in the first place. It’s not easy to find a passion that not only allows, but also endorses self expression to the degree that music does. That’s how we assume alternative artist Harnony Dreamers achieved his own fascinating sound, spearheaded by his latest single “I Am From Earth.”

A single like “I Am From Earth,” isn’t a common occurrence, reflected in its bizarre sound and unusual sound choices. You’re not really going to find a lot of music like this, and generally we think that’s a good thing. It’s always fun when an artist attempts to break the mold, and Harmony Dreamers does exactly this with their new song. 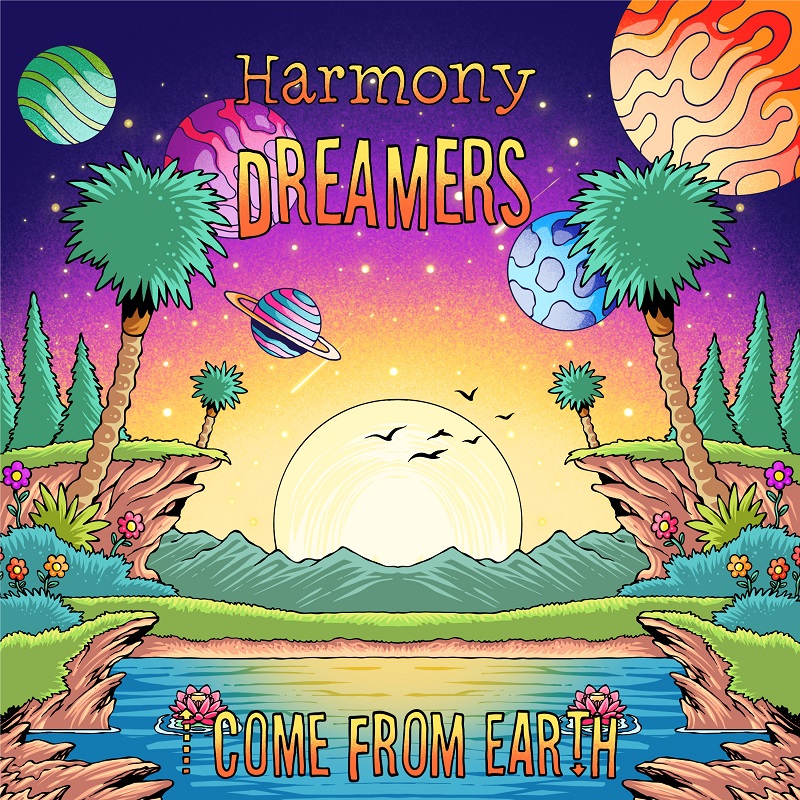 While it opens with some fairly typical rock and roll guitar riffs as well as drum licks, but a synth in the background signifies the more bizarre tone of the single. As soon the vocals kick in, the song’s goofier side kicks in with full force, as the lead singer sings about how he comes from Earth.

“I Come From Earth,” is all about being asked the question, “where do you come from?” According to Harmony Dreamers, this question is omnipresent, and no matter where you go, someone somewhere will ask you this question. At this point, the lead singer entertains this question with his own joking answer, that being “I come from Earth,”.

It’s a mostly humorous song, and the delivery fits this general vibe perfectly. The slightly warbling on the titular line itself almost lends an alien-like effect to it, adding a bit of irony to the line. The deadpan, dry way it’s presented works phenomenally well in context on the sing. It’s also incredibly catchy, which is excellent.

Speaking of the musical qualities of the song, nothing is really skimped as far as we’re concerned. Musically, although the song is humorous, it still maintains a steady and catchy rhythm that will have you nodding your head for sure. It’s hard not to sing along with “I come from Earth,” every time it comes around.

The production quality on the single is also great stuff, with great instrument separation and clever usage of synths. There’s a lot to love here, and for people who like music that doesn’t take itself too seriously, this is great stuff. If Harmony Dreamers keeps this up, then we’re fans for sure!