Bonnie Milne’s song “Green River Sway” off her new album Anticipation actually made me want to sway because her music is so powerful! She doesn’t even need lyrics or vocals to make her songs resonate with her listeners. I can hear the emotions in the piano and in the violin playing, which I think is incredibly talented. Not many people can make instruments properly sing for them, but Bonnie takes it away!

I can’t play an instrument to save my life, but Bonnie is a known master when it comes to playing piano. She’s been doing it for years, and you can tell when you listen to her songs. Only people who have been doing that craft for years can play like she can. Her talent hits me every single time I listen to “Green River Sway”, and trust me, I listen to it over and over again. I expect that you will too! 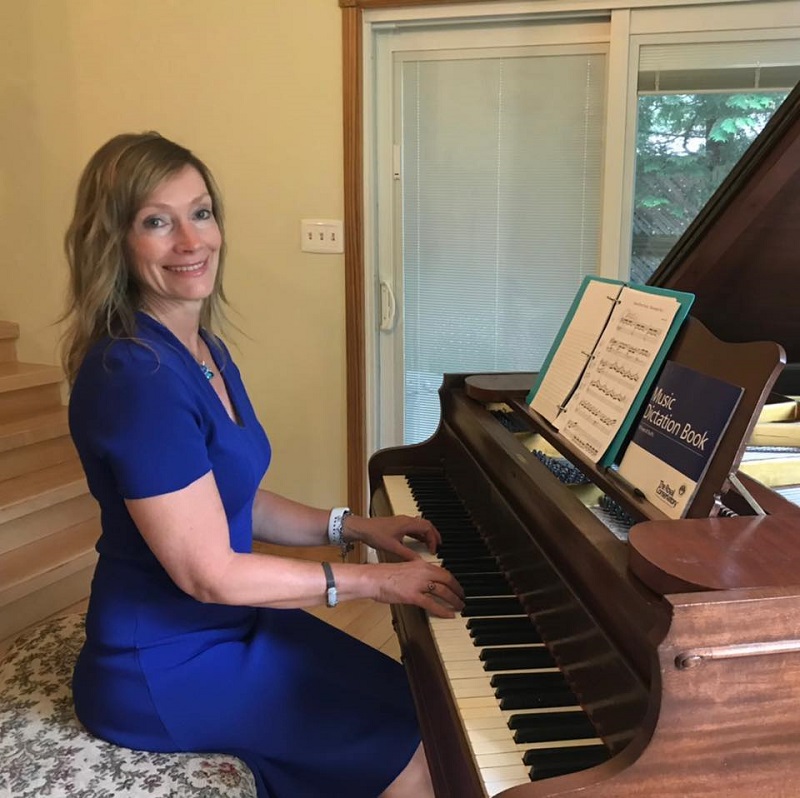 From her latest album Anticipation, “Green River Sway” by Bonnie Milne is a moving, impactful composition of striking piano playing and soothing violin playing. The instruments complement each other, but Bonnie and her skill when it comes to playing piano are notable in every single release she puts out. Perhaps, there is no visible stage, but in a metaphorical way, she owns that stage every single time her song plays. She can be captivating through a digital recording, and I can only imagine how amazing it would be to actually watch her perform.

Bonnie Milne treasures music education as well. She studied music in her university days and acquired a teaching degree. For years, she has taught her students the craft of piano and singing through lessons and also classes in elementary schools. She then became the Arts Facilitator for that school board and ensured all of the elementary schools had music education programs. She’s so passionate about music that it makes up so many facets of her life, and those are the kind of artists to look out for.

Pianist Bonnie Milne recently released a new album titled Anticipation, and the feature song of this album is ‘Green River Sway’. Bonnie has already made her mark on the instrumental music scene as a talented pianist and composer. In a world of short attention spans, it weighs heavily on an artist to capture a listener right off the bat.

Despite her music being focused on instruments instead of vocals, Bonnie still knows how to hook a listener. Even if someone doesn’t usually listen to instrumental music, she can still appeal to their ear because she’s great at what she does. She has years of experience, studying and perfecting her craft. She even teaches it.

‘Green River Sway’ is a collaboration of piano and violin that meshes perfectly together. Bonnie’s piano playing is the main focus, but the violin is an added element that ties the song together into the strong release that it is. It stands out in the album, but the entire list of songs are ones I recommend anyone to listen to.