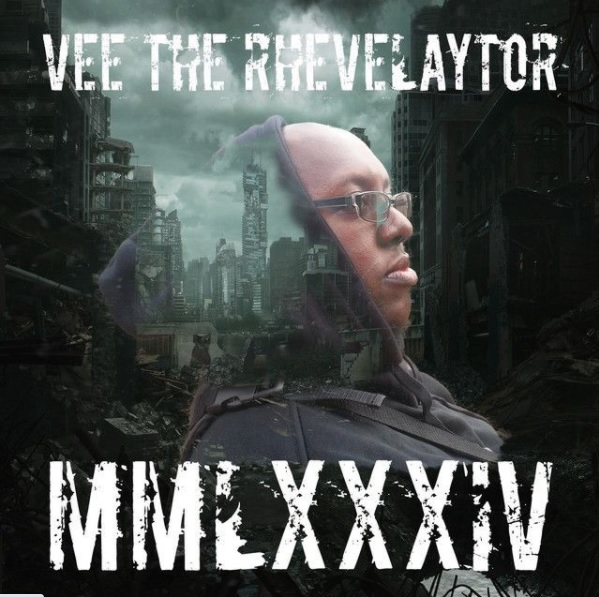 Vee the Rhevelaytor’s first big release upon coming back to the music scene is his new 11 track original album entitled ‘MMLXXXIV’ (roman numerals for 2084). The album has a classic hip hop vibe and a lot of depth. He has a strong message along with his music, so you need to pay attention and open your mind. It’s always refreshing when an artist brings a message along with his music. Especially in hip hop when it’s truly like musical poetry at it’s best. It’s fitting that Vee the Rhevelaytor is also referred to as the “savage poet”, telling it how it is and doing it poetically with style and grace.

The album’s name is roman numerals for the year 2084, and it seems the album is speaking on how if things don’t change the world won’t be much better by then, but likely worse. As you’ll clearly hear in the title track and throughout the album. There are a lot of messages throughout the album about “big brother” and things that we should all be thinking about. Speaking about freedom and peace for all. So open your mind, enjoy your ride, and check out the album below via Spotify. As always, please follow his socials and add to your playlists.