What is Indie Music to us at MuzicNotez?

I know this seems like a pretty simple one to our regular readers here, but what is indie music? A lot of people think it’s a genre all on it’s own. It can be a misunderstood realm of music. The definition is misconstrued at times, so we thought it would be a good idea to give our description of what independent music is to us here at MuzicNotez.

The Actual Definition of Indie Music
“Independent music is music produced independently from commercial record labels or their subsidiaries, a process that may include an autonomous, do-it-yourself approach to recording and publishing.” – as defined by Wikipedia

What is Indie Music to MuzicNotez?

First of all, not to be cheesy, but it’s our lives here at MuzicNotez. For over a decade now, we have worked daily to promote new indie music. The music isn’t defined by any genre, it encompasses all genres. Any music produced independent of a label, is henceforth “indie”. When an artist or band has the ability to create their own masterpiece, bringing their vision to life without the chains and restrictions of a label, that’s indie. The freedom to create art freely on your own. Artistic representation to ones own creation.

All of the now legendary, mainstream and chart topping artists, were once indie. That’s where it all begins. With this being said, indie music tends to be inspiring and trend setting. Music is constantly evolving over time, taking influences from the past and becoming something new. It’s the emerging indie artists that are creating the new trends, and setting the new direction in music. The artists creating their first EP’s in their home DIY studio. The way artists like Billie Eilish did with her brother. She set her own trends as an indie artist, blew up, and had a historic night at the Grammy’s!

But What Happens When Indie Evolves to Mainstream?

As independent artists evolve and become more appreciated, they become signed artists (well the lucky, successful ones). The ones that truly last though, are the ones that are given that freedom to continue to grow. But losing that inspiration and creativity they had while being independent can be difficult. That’s why a lot of artists and bands these days are creating their own labels, taking their independence to the main stage. Taking their music to the next level and becoming, as we like to say, “Beyond Mainstream”.

How You Can Help Support Indie Music 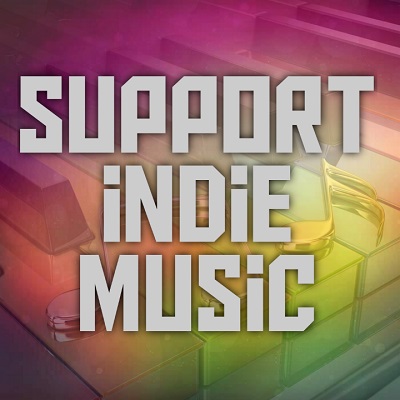 There are a lot of magazines and promotional companies out there that cater to the independent music industry like we do, such as indie shuffle. Go out and listen to our artists, follow our playlists via YouTube on our videos page and Spotify on our music page. Share our articles on artists you particularly like, follow our mailing lists. You can follow ours below to stay in tune with new music coming out. Or if you’re an artist yourself, we also send out promotional opportunities here too.

If you don’t support indie music now, how will they ever be able to stay at it and make the hits you love in the future.

We also have something a little unique called the MuzicNotez Battles, basically an online battle of the bands where we showcase all indie artists, you vote on your favorite to move on and eventually win it all, to win free promotion!