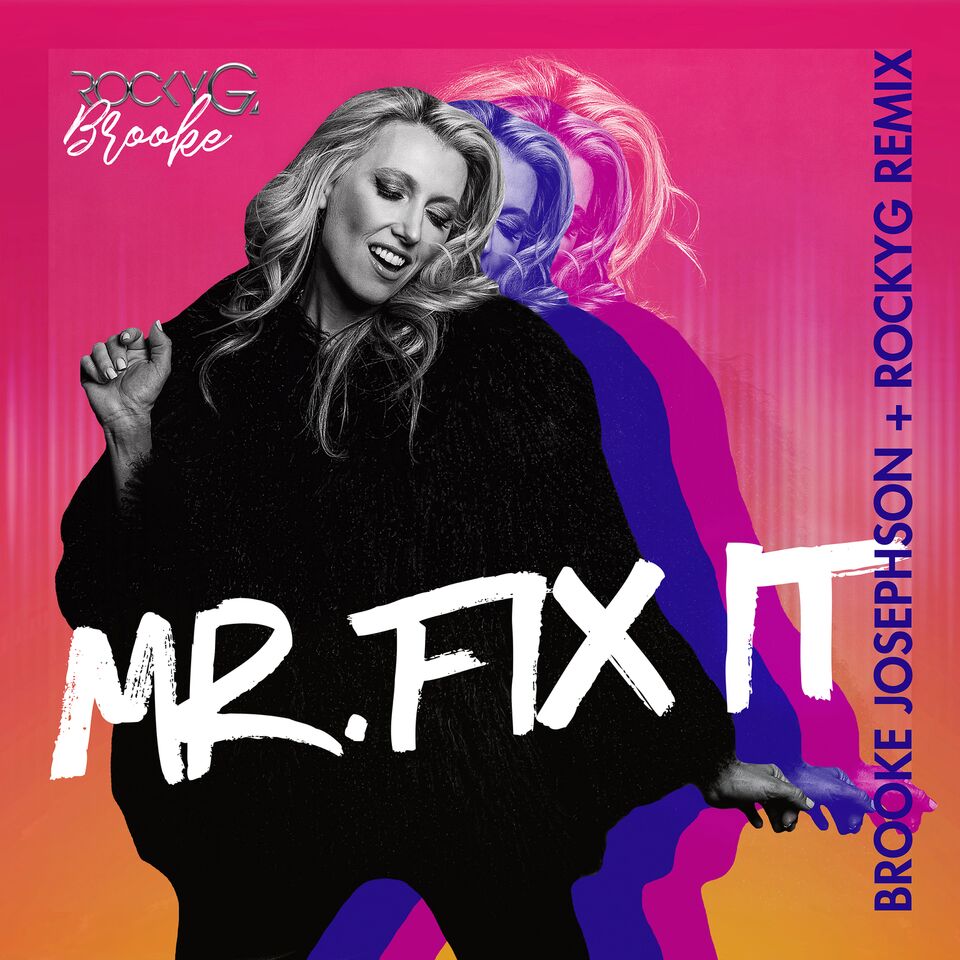 The singer and actress Brooke Josephson has teamed up with producer Rocky G to remix her song ‘Mr. Fix It’. The song was originally released a year prior to the electro-house remix drop. Brooke was originally born and raised in a small town in Indiana, she then went to school and kicked off her career in New York, but now resides in LA. She’s made it on screen as an actress as well, no doubt helping her on stage presence and creating her popular music videos.
The new remix of ‘Mr. Fix It’ follows her pop-rock EP ‘Sexy N’ Domesticated’. The music video features Brooke’s daughter Shira, age 9 at the time, dancing in some flashy kicks. Rocky G is doing what she does best, getting the party started as a DJ, while Brooke is dressed to impress with some psychedelic glasses. Enjoy the video below, then go stream and download ‘Mr. Fix It’ on all reputable sites.