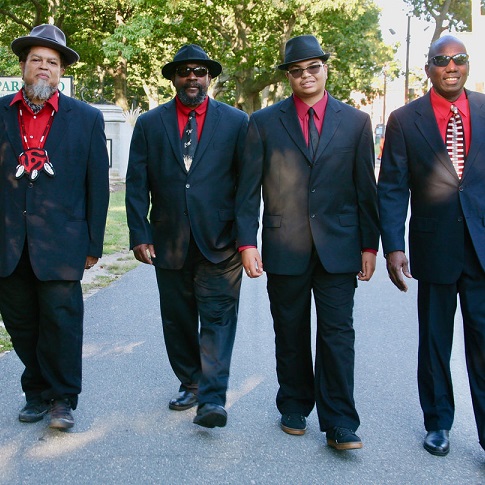 Taking that classic soulful funk sound, years of session work along with touring, and The GroovaLottos are bringing the funk back to the forefront. Veteran musicians Eddie Ray Johnson, Mwalim Daphunkee Professor, Richard Johnson and child prodigy percussionist The ZYG 808 have teamed up to form The GroovaLottos. Their debut album ‘Ask Yo Mama’ has been extremely well received, and even received Grammy nominations.
The GroovaLottos sound is a high energy, new age infused combination of soul, funk and blues. As they say, they “Play with their souls instead of their hands”. The album will feed your soul with the smooth grooves, then pick you up and get you dancing to the funky rhythm. Check out a solid sampling of the debut album below, and be sure to grab the album from the link below!