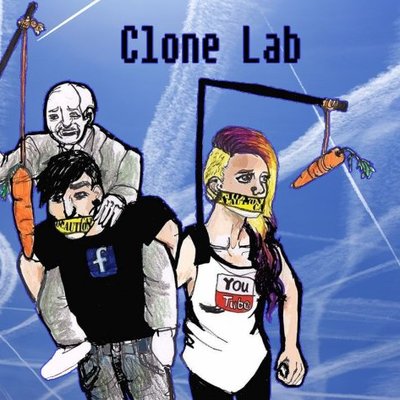 Formerly members of the group ‘Made In The Shade’, James Wallin and Wade Johnson’s new project is entitled Clone Lab. Their latest release is the self-titled album ‘Clone Lab’ which features 12 unique tracks. Their sound is quintessentially indie rock, all very unique, not over produced music.
Both James and Wade play multiple instruments throughout the album. They added Bassist Matthew Christiano to round out the full sound. The album was released via NulllluN Productions. This is their debut album as the new group, but they’re already working on the follow up! You can grab the album via CD Baby, and listen to their music via Soundcloud below.