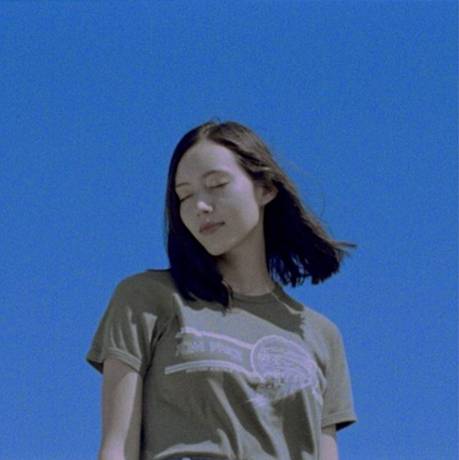 Known by the moniker Fazerdaze, Amelia Murray, is an indie pop singer-songwriter representing Auckland, New Zealand. Soon after releasing her self-titled EP, ‘Fazerdaze’ (October 2014), people began taking notice to Murray’s music that was all performed, produced, and recorded by her in the comforts of her bedroom. From there, Fazerdaze started performing on the road with other well-known musicians — Unknown Mortal Orchestra, Fraznkie Cosmos, Explosions In The Sky, and Connan Mockasin.
On May 5th, Fazerdaze will release her 10–track album ‘Morningside’, named after her hometown in Auckland. The album is being streamed exclusively by FADER before its release, and of course I went over to check it out. After hitting play, I began drifting off to my days in the West Coast, daydreaming of cruising on the 101 in a convertible — think surf and twee pop — breathing in the salty air, hair flowing, and any thoughts that may hinder the moment are taken by the wind. Morningside is definitely cruise-worthy, but in a contemplative sense. Recorded in different spaces, a nomadic time in Murray’s life, each song lyrically relates to the growth and change in Murray’s life as she yearns and searches for stability and a place she calls home.
Check out the Fazerdaze’s official video for ‘Lucky Girl’ below and be sure to show your indie love!
Pre-order your digital copy of Fazerdaze’s album Morningside! Prefer something you can smell and run your fingers over? Pre-order a physical copy on FlyingOut.co.nz!