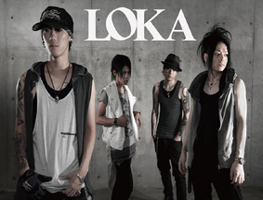 Congrats to LOKA for winning the MuzicNotez Rock Battle! They’re a very exciting band out of Japan. They were in control from the beginning due to an onslaught of LOKA fans supporting them. The final days the bands behind them made a strong push, notably Uncle Balzak from Canada on the final day. However LOKA prevailed and took the crown! They will be moving on to the Championship Battle to battle the next 3 battle champs.
View the video for “Slick” and vote for it to rise in our Notezworthy rankings here >>