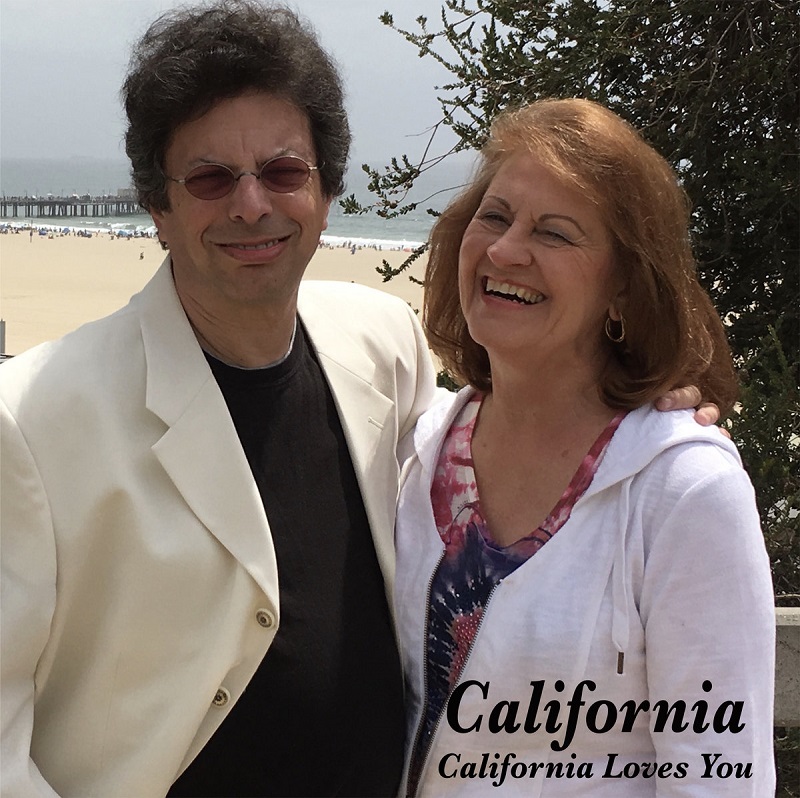 The pop rock band California, features Les Fradkin and his wife Loretta Fradkin. We have promoted a lot of Les solo work over the years, as he’s a very active artist. Lately, it’s been all about his band California with his beloved wife Loretta. The latest album is the appropriately named ‘California Loves You’. Les leads this group with his vocals, bass, piano, mellotron, guitars, production and songwriting. Loretta also shared the production duties, vocals and a lot more. California began back in the 70’s, and had a lot of chart toppers. After a break Les and Loretta are back with a vengeance and are topping the charts with California once again. They had 8 number 1 hits in 2022 already and I’m sure more to come in 2023.

The new album ‘California Loves You’ features 12 original tracks. Six were previously released, and six brand new ones with the new year. The new album was just released on January 5th, 2023. With a name like ‘California Loves You’, you’d expect an upbeat, love filled album, and that’s just what you’ll get. At times it’s so vibrant and uplifting it almost gives off Beatles vibes. The latest single from the album is the 4th track ‘Arrow Thru Your Heart’, which starts off with a bang and keeps the high energy throughout. No wonder it’s already made it to the top 5 in the UK! We’ve heard a lot of music from Les Fradkin and California over the years, and this has to be his best to date. Listen below via Bandcamp and download your own copy if you like it as much as we did.