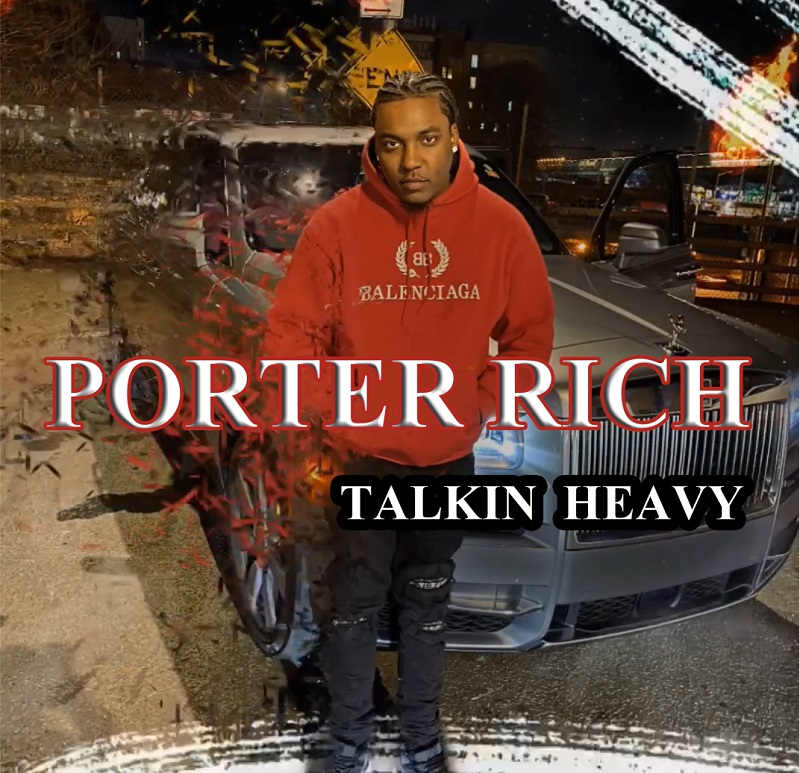 Rising hip hop artist, Young Lye, has released the new single ‘Talkin Heavy’. Young Lye is short for Young Lion, and this artist is strong as his name suggests. The new single will be on the upcoming mixtape ‘Porter for President vol1’. Porter Rich has worked with Grammy Award winning producers and shared the stage with a wide array of well known artists. Young Lye has really excelled after joining $tack Large Empire Entertainment M.G. via Universal Music Group.

The new track ‘Talkin Heavy’ is a hard hitting track. The beat is smooth and the lyrical flow is on point. Young Lye has been going heavy lately pushing his brand, with this track as the latest plug and next hit. It’s easy to see why he’s receiving a lot of love lately and we have no doubt Young Lye will continue to rise.