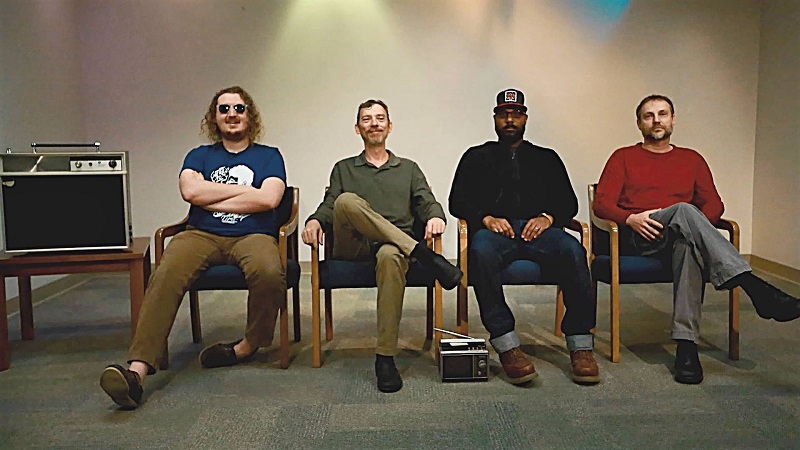 The first thing you notice is their diversity. The second thing is their musicianship.
The four members of Lexington, Ky.-based Brother Eustace all agree it is that said musicianship that makes the band mesh despite their different backgrounds and ages, which range from early 20s to early 50s.
“We all have different styles but the musicianship in this band allows us to make it work,” said John Bacon, who cofounded the band with Burton Joyner in 2014. Bacon plays guitar and lap steel, while Joyner handles lead vocals, acoustic guitar and keyboards. He is also the main lyricist. Drummer Sean McCormick and bassist Aaron Gosper round out the quartet. They use guest keyboardists from time to time.
Four different personalities. Four different musical backgrounds. Yet when they get together, magic happens.
“We blend well together both personality-wise and musically,” McCormick said.
McCormick grew up listening to everything from classic rock to classical music, and cites Steely Dan, The Grateful Dead, Kiss, Rush and Led Zeppelin as his influences. Joyner draws inspiration from the Beatles, The Grateful Dead, the Doors and Billy Joel.
“Basically any classic rock,” he said.
Gosper learned to lay down the groove listening to bass legends such as James Jamerson, John Paul Jones, Jaco Pastorius, Flea and Paul McCartney. Bacon was heavily influenced by The Beatles and The Cars. In fact, when he first picked up a guitar, he wanted to be (Cars’ guitarist) Elliott Easton.
“He doesn’t get the love he deserves,” Bacon said.
Brother Eustace plays a combination of R&B, Soul, Rock and Pop, with a touch of Jazz and the Blues thrown in for good measure. The band recorded its first EP last year, a 5-song effort titled “Dividing Lines,” with the majority of sales being from overseas.
“People really seem to like our music,” Gosper said. “I see a lot of heads bobbing in the audience.” The band has built a dedicated following in central Kentucky and are looking to branch out so more people can hear their tunes.
Bacon and Joyner used to play in a band called Corduroy Sedan. After that band broke up, the two went their separate ways, but kept in touch. One day, Bacon called Joyner to ask him about playing together again.
“I was actually on my way to my mother’s funeral when John called,” Joyner said. “But I was certainly interested in playing with John again.” And so the seeds were sown.
They originally were going to call themselves the Gemini Project or something with Gemini in it since that was both Bacon and Joyner’s astrological sign. In fact, they share the same birthday.
“How freaky is that?” Gosper, the youngest member of the band (24) asked.
The name “Brother Eustace” came by accident.
“Eustace” means fruitful. At first Bacon thought that Joyner had said “Fustace” or something like that. It was a typo on a text that led to “Eustace. “A lot of people still try to figure out what the name means,” Bacon said. They added “Brother” to fill out the name and make it more complete. While Joyner handles the lyrics, the other members have input into the songs, both lyrically and musically.
“We all have our say in the songs,” Bacon said.
“Sometimes John will come up with something and I will think, ‘what the hell is that’,” Joyner said. “But we make it work. John comes out of left field with some of his ideas. Me, I’m a perfectionist. I’m not happy with anything.”
“Things just keep evolving,” McCormick said.
The four all agree their difference in music taste is what makes Brother Eustace special.
“A lot of bands all they listen to is one type of music and that’s what their music sounds like, which is OK,” Gosper said. “We have a definitive sound but it’s based on a lot of different things,” McCormick added.

Review of their EP ‘Dividing Lines’ 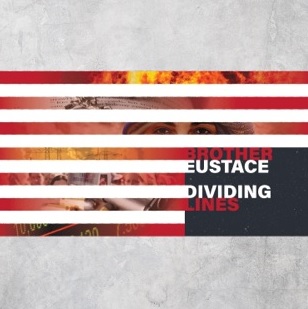 “Mona Lisa” kicks things off in the right direction and draws the listener in with Burton Joyner’s smooth vocals and thoughtful lyrics. Guitarist John Bacon reminds us that it’s the notes you don’t play that can make or break a song, while the rhythm section of Aaron Gosper (bass) and Sean McCormick (drums) keeps the groove going.
“I Got Soul” has a taste of the late 60s-early 70s sounds and has a heavier sound, featuring a groovy keyboard, crunching guitar, booming bass and thunderous drums. The band then switches eras with “Same Old Lies,” which harkens back to the 90s, all the while never becoming boring.
The lyrics to “Everything’s Gonna Be Alright” offers us hope in a time when it’s needed most with a smooth, jazzy feel. “So” closes out the EP and ends things with a bang with this pop-influenced love song.
When all is said and done, this 5-song EP leaves the listener wanting more.