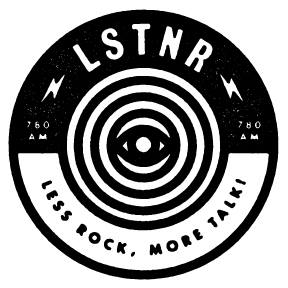 This one is for those that love to feel and connect with lyrics. Out of Kansas City, this band redefines poeticism. Each of their songs has a creative and moody musical backdrop that provides the perfect platform to highlight their extremely passionate and emotional lyrics. The words are mostly spoken instead of sung, but that’s no to say there’s no melody to them. Every song has direction and reaches a pinnacle.
As the brainchild of vocalist and musician Dan Smith, Listener started as more of hip hop project. But with the addition of guitarist Jon Terrey, and drummer Kris Rochelle, the band developed into more of a rock group. They cover a wide range of themes in their music; from love to abuse to money to loneliness, anybody can relate to Listener’s messages.
“Falling in Love with Glaciers” is one of their more popular singles and deservedly so: a tasteful combination of intensity and melodic flow. The starts soft and sensitive and slowly builds to power with the trumpet’s propulsion. About a girl who is brought down by love after a magnificent resurrection this song has extreme emotion, heightened by Smith’s desperate breathing and yelling towards the end of the song. That kind of passion, wearing your heart on your sleeve, is what’s missing from a lot of modern day pop music.

This review was written by MuzicNotez writer Jessie Blitz