Jahmings Maccow Speaks Out About His Rock Against Racism 1983 And 1984 USA Tour Experience!

Reggae and The Rastafarian Movement In New York City: During the 70’s and early 80’s the political backlash against the Rastafarians and the Reggae Movement in New York City, was at an extreme level! The Rastafarians throughout the City in Herb Houses, were gunned down by NYPD and Posterized in the local newspapers throughout the Metropolitan areas of the city, in an effort to deter the Rastafarian youths and upcoming reggae musicians away from the movement.

In the spring of 1983, on a Jahmings Maccow recording session at Quadrasonic Recording Studio, on 7th Avenue in Midtown Manhattan, Computer Paul, who was working with Jahmings at the moment, and a member of the New York City based Reggae Band (Monyaka YouTube Video) and good friend of Jahmings, suggested to Jahmings that he should try and get on this tour call “Rock Against Racism”! He mentioned to Jahmings that Alan Thompson, one of the organizers and the sound system man of the tour, called him up on the telephone and mentioned to him that they were looking around for reggae bands to add to the tour! Jahmings asked Computer Paul what other reggae bands were booked for the tour? Computer Paul replied to Jahmings that Alan Thompson and Dana Beal, the main organizer of the tour had locked up Bass Player/Singer Brian “Rocket” Rock & Moja Nya Band for the USA Tour and they were looking to add a few more reggae bands to the tour! Computer Paul said to Jahmings, that this was a good tour to get on for exposure, but Jahmings shrugged it off because of it’s political implications and overtones!

A few days later after Jahmings gave it some good thought through based on what was going on with the Rastafarian Movement and Reggae Music in New York City and London, Jahmings decided it would be a good thing and support for the Rastafarian Movement. Jahmings called up Alan Thompson to arrange a meeting with him and Dana Beal, a member of the Yippie (Youth International Party) and one of the main organizers of the Rock Against Racism USA Tour! A few days later, Jahmings met with Alan Thompson and Dana Beal in Greenwich Village downtown Manhattan to discuss the tour! Jahmings Maccow and Dana Beal made an oral contract with one another to do the tour. 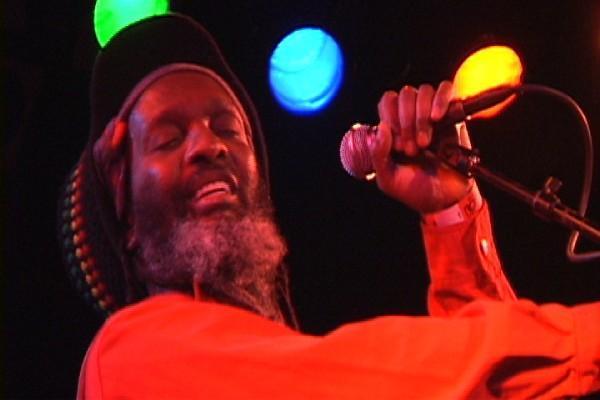 Jahmings Maccow opened the 1983 New York City leg of the tour at the United Nations, Washington Square and Central Park, before a crowd of more than 100,000 people before the tour moved on to different parts of the country! The following year the tour name was changed to Rock Against Reagan. Jahmings opened for the tour at Washington Square in Greenwich Village, but did not play the Central Park Concert, but instead he played the Washington DC White House Lawn Concert on July 4,1984 before a crowd of more than 200,000 people.

These days, Jahmings is focusing more on developing his new reggae rock style, a branch of reggae which stems from that roots reggae era, which can be found on his latest EP release, entitled: “I” and can be found on iTunes! Listen to “I” NOW >>

Some Links On The History Of The Rock Against Racism Tours:
Who Shot The Sheriff? PART 1 Video >>
A BRIEF HISTORY OF THE MARIJUANA MARCH >>
The Park and the People: A History of Central Park E-Book >>