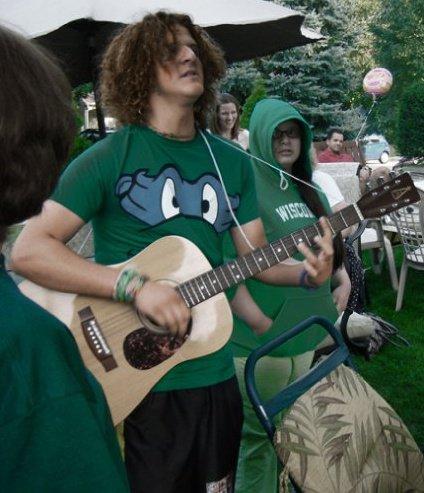 Learn more about Andrew in his Featured Interview
Checkout his tracks!
The Knowledge

(Championship Battle Winner!)
Follow him on Facebook (Solo, Band) and MuzicNotez
It was an amazing championship round, congrats to all of the finalists Gunther, Lime Twig, Solar Zalavia and of course Andrew David Weber! For the second competition in a row “The WildCard Battle” winner ultimately went on to win the whole competition, Andrew beat out his opponents with a total of 47% of the vote.
Andrew David Weber is from West Bend, WI and is an amazing musician! He can play numerous instruments, is influenced by a wide variety of genres, is an unbelievable song writer, is in a band called October 29th, and has his own solo work self titled “Andrew David Weber The First” of which is mostly acoustic material. Andrew is a truly gifted artist and performer and here at MuzicNotez we’re proud to have him represent us as the MuzicNotez Battles Champion!
Andrews video for his song “Wondering” (notice his signature hat flip towards the end!)