This interview was conducted by The Dutch Guy

Nowadays, with global access to the internet, it can be hard for an artist to get noticed. There are so many websites, so many performers. But on the other hand, some artists use it as a tool and let the Internet work for them.

Los Angeles based singer/songwriter Natalie Nicole Gilbert is one of those artists, who takes advantage of the Internet and let it work for her. From being highly active on social media to even crowd-funding her latest album, ‘Slip Of The Tongue‘, which she recently released.

I sat down with her and we talked about the past and the present, how Internet can be a huge asset to an artist and she even let me do a little giveaway. With Natalie Nicole being in Los Angeles and me at my home studio in The Netherlands, yeah, the Internet sure does has its advantages! 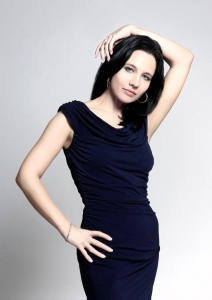 The Dutch Guy (TDG): How many years have you been performing as a singer/songwriter?

Natalie Nicole Gilbert (NNG): I started singing publicly at the age of 4 or so and started writing songs around the same age, but didn’t sing my own music in concert until about 19. So, it’s been a while now. ;D

TDG: Whats involved in your songwriting process? Where do you get your emotional stemming from?

NNG: I have two main formulas, personally. In one I start with a motif, a recurring theme or thought that seems ultra relevant at the time; if I see a number of friends go through a similar sweeping change, or I’m facing three hurdles of the same variety at the same time, it often strikes me to summarize that moment or moments. This form often starts as a chorus I can’t get out of my head, or a poem that’s written very free form at first that’s then shortened or rearranged to fit to music. This is how ‘Breathing Hope‘, ‘Slip & Say‘, ‘Here Now‘ and ‘Dangers Surrounding‘ were written for the current album.

The second formula is to take a shred of music created while noodling around on my piano or guitar, and see what lyrics the music inspires. ‘Waiting‘, ‘7‘, and ‘Stop Thinking About Me‘ were written this way, and this is a method I use more often when collaborating with others, as it starts from ground zero and more easily welcomes a 50/50 split of effort.

Personally, I think that music either stirs or soothes – sometimes accomplishing both simultaneously. So when I find a recurring idea that brings me comfort or moves me to action, I try to capture that in my music. I can’t count the number of times I’ve faced a difficult decision or even a moment of celebration and had these lyrics pop to mind; inwardly I say, ‘Yes, that’s it! How did that lyricist know just what this moment would look like?’ ‘Honey, you wrote that song.’ ‘Oh. Right. That explains it.’ is something like the inner conversation goes. 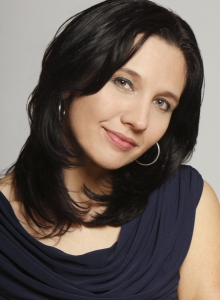 TDG: You’ve successfully crowd-funded your latest album ‘Slip Of The Tongue’, is this the new way for artists to produce new music?

NNG: It’s certainly a great starting place for independent artists who want creative control over their projects. It’s also a great crowd building asset: another avenue for listeners who care about the arts to discover your music and play a part in your success. Our largest donor on the project was a guy from Australia who didn’t know me from Eva before I created the Kickstarter campaign.

About 30% of the donors were all new listeners who believed in the project, and have become active para publicists for my work since our introduction. I’ve enjoyed getting to know them. Crowd-funding is also great because unlike a radio station or a concert venue, it tends to reach a broader audience that isn’t just into jazz, pop or acoustic tunes.

As with many indie artists, I love jazz but also enjoy not being too landlocked in any one genre. In the car I listen to everything from electronic dance to metal to classical to the singer/songwriter acoustic tunes you’d expect. I like to glean ideas from all of those worlds and pull them into my music; I think this new digital era better enables you to spice up your work because the internet’s reach enables you to find the audience for your sound no matter how dynamic or distinct.

TDG: So in your eyes, the Internet can definitely be a huge help to be successful as a starting artist and/or band?

NNG: If I’d had all these tools at my disposal now available 10 or 15 years ago, I can’t imagine how many more fan pen pals I’d have today. Artists that are just beginning to explore all their options should absolutely try on for size all the avenues for selling and sharing their music online. Most are free to use or have a small monthly or annual fee. Twitter, Facebook, BroadJam.com and numerous others offer great ways to reach out and even means to collaborate with other artists. 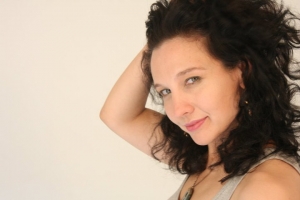 TDG: How important is collaborating with other artists/musicians to you?

NNG: I find that writing with others really enables an artist to discover the breadth of their talents and explore facets of writing they wouldn’t uncover on their own. I’ve heard that many artists have favorite sets of chords and sounds, and I do find that all of us lean strongly on favored combinations. There are also certainly sounds that I love listening to that I find it difficult to reproduce alone, such as Craig Swanson’s jazz piano work on ‘Slip & Say‘ or Benson Russell’s tailored layering of guitar work on ‘Can’t Take This Anymore.’

On the one hand, it greatly benefits an artist to be a Jack or Jill of all trades because you learn the languages of audio production, music composition for a variety of instruments and so on. At the same time, working with others not only helps you unlock sounds on the cusp of your range, but also frees you to focus on primary strengths – in my case lyrics and vocals – and giving those great artist pals a chance to shine and display their work for your fans. I’m thrilled anytime one of my fans sees those ‘featuring artist x’ on my tracks or actually reads liner notes and discovers the webpages of these fantastic artists I’ve been working with on this project. Each of them deserves so much more attention and praise than they presently receive, and I love drawing the ears of fans to those artists’ work(s).

TDG: Talking about fans, what kind of connection do you have or do you like to have with yours?

NNG: I love getting to know my fans personally; they’re so much more than numbers on Facebook, Twitter or sales reports to me. Not only does it mean something to me to know them personally or friend or follow them on social media, but it makes me a better songwriter, as I learn more about what music means to them individually and the moments in their lives that make them want to turn up the volume. I see it as more of a dialogue than a monologue.

TDG: You’ve just released ‘Slip Of The Tongue’, but what I like to know, what is your favourite track of the album and why?

NNG: Presently it’s ‘Can’t Take This Anymore.’ This is partly because it’s one of the last tracks we finished so it’s still very new and fresh to my ears, and also because of the place that song was written from following the 2008 American Presidential election. I got exceedingly tired of hearing people gripe about this political point or that bill and policy while simultaneously being unwilling to work for change or even bothering to vote. I’m a firm believer that you earn the right to complain by being proactive. This song really nailed that a few years back, and four years later during this election year, it still feels very real and relevant. 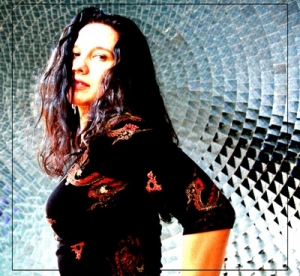 On more of a tonal note, the recording of ‘Can’t Take This Anymore‘ was a thrilling surprise to me, because I came into the studio a few months back expecting just a rough guitar track to lay down vocals against; instead I found that Benson, who played the song live with me at a number of concerts and produced the entire track, had fully brought it to life with all the finger snaps, traffic noise, and layered guitar effects that you now hear in the finished version.

To hear it suddenly in this fresh light, after having written it privately while sitting in the back row in an auditorium years before was just mind blowing. It was sort of like drawing a blueprint for a detailed building years ago and having someone walk you up to the building’s new frame and facade, waiting for you to cut the ribbon and add the final decorations.

You know, I’d love to hear which of the songs you pegged as your favorite since you’ve been listening to the CD – AND I’d love to know which track(s) your readers like most. How about letting them tell us their favorite track and I can send one randomly selected reader an autographed copy of my new CD?

TDG: Now wait a minute, who’s asking the questions here? 😀 Alright, although ‘Can’t Take This Anymore‘ is also one of my favorites, I have to go with ‘Slip & Say‘. A very catchy Jazzy but joyful track. And I just love that loungy piano!

But the giveaway is an awesome idea! So if you want to get your chance to get your hands on a personally signed copy of Natalie Nicole’s latest album ‘Slip Of The Tongue‘, the only thing you have to do is go to her Broadjam.com page (BroadJam.com/NatalieNicoleGilbert), listen to her tracks and tweet me (@DutchGuyOnAir) your favorite track. We will randomly select a winner from all entries and send the personally signed album. Winning by listening, it can’t get any easier than that!

Final question, what are your future plans?

NNG: I’ve begun music supervising for numerous independent films and have deeply enjoyed working behind the scenes helping filmmakers find the perfect music matches for their new works. My collaborations have familiarized me with a slew of talented artists from all walks and genres, so it’s a pleasure to connect these artists with those who most value their creations. Not too far down the line, I’m also planning to record a collection of old jazz standards such as ‘Blues in the Night,’ ‘Stormy Weather,’ and others I grew up listening to my mother play on the piano for parties and special events. I may jazz up some pop ballads and cover tunes for that project, also. For the moment I’m having fun building a list of potential songs to include. I’d love to see that project released in the next couple of years.

This interview was conducted by The Dutch Guy